An innovative approach to navigating the effects of trauma

When Molly adopted Shawn*, she was anxious to provide a loving home for a child in need.

Molly did her best to care for Shawn as best she could, but she started to notice some things that worried her.

Shawn was very timid and afraid, clinging desperately to Molly whenever anyone else was around. In preschool, she feared he was getting lost in the shuffle. While the other children played together and seemed happy at school, Shawn never made friends; he seemed depressed and withdrawn and started to fall behind.

By the time Shawn turned 4, Molly was at a loss and knew they needed help. It was becoming obvious that, as much as she loved Shawn, no amount of hugs or reassurance she could give would make Shawn’s pain go away and get him back on track to start Kindergarten on time.

During that time, she discovered the Therapeutic Preschool at FamilyForward, a United Way supported agency that provides clinical and educational services to build safer, healthier relationships for children and families.

“Molly knew she had to protect and do what was right for her son,” said Jenny Blevens, program manager at FamilyForward’s Therapeutic Preschool.

Shawn began attending FamilyFoward’s Therapeutic Preschool, where his team of teachers and therapists recognized the signs of trauma in Shawn’s behavior and academic performance. Thanks to an innovative clinical approach to mapping the brain, they were able to take a deep dive into Shawn’s history of trauma and create a plan to move forward.

A Deep Dive into Developmental Trauma

The problems of child abuse and neglect are not new. However, innovative approaches to understanding and treating the resulting trauma have long been at the heart of FamilyForward’s work with children and families.

FamilyForward was formed as a merger between the Family Resource Center and Children’s Home Society of Missouri, two agencies with decades of experience in helping local children and families.

When Family Resource Center was founded, its first program was a therapeutic preschool, specifically designed for kids dealing with emotional and behavioral difficulties. Back then, much less was known about trauma’s effects on a child’s development.

“Years ago, there was often the thought that if you simply removed a child from a negative situation, the child would get better,” said Karen Nolte, chief executive officer at FamilyForward. “What we’re now learning is that there can actually be an impact on how the brain is formed. If trauma harms parts of the brain that are developing, those parts don’t just redevelop without help.”

As researchers have studied trauma over the past 10 years, they began to recognize that early life experiences, both positive and negative, have a significant impact on the development of a child’s brain. This can include how the child processes sensory input, relates to others and takes in new information.

A new term is now being used to describe experiences like Shawn’s: developmental trauma, the results of abuse, neglect, chaos and inadequate care that impact the child’s functioning and mental health.

As the body of knowledge about developmental trauma has evolved, so have some of the causes.

“What we’re seeing a lot of right now is children who are directly affected by the opioid crisis,” said Rachel Hanks, a therapist at the Therapeutic Preschool. “We’ve seen children who, because of their parents’ situations, have experienced homelessness and seen the violence that comes with that lifestyle.”

Now, FamilyForward’s Therapeutic Preschool has expanded, with highly trained teachers and therapists providing specialized interventions to help kids who have experienced trauma transition back into a mainstream preschool or kindergarten. 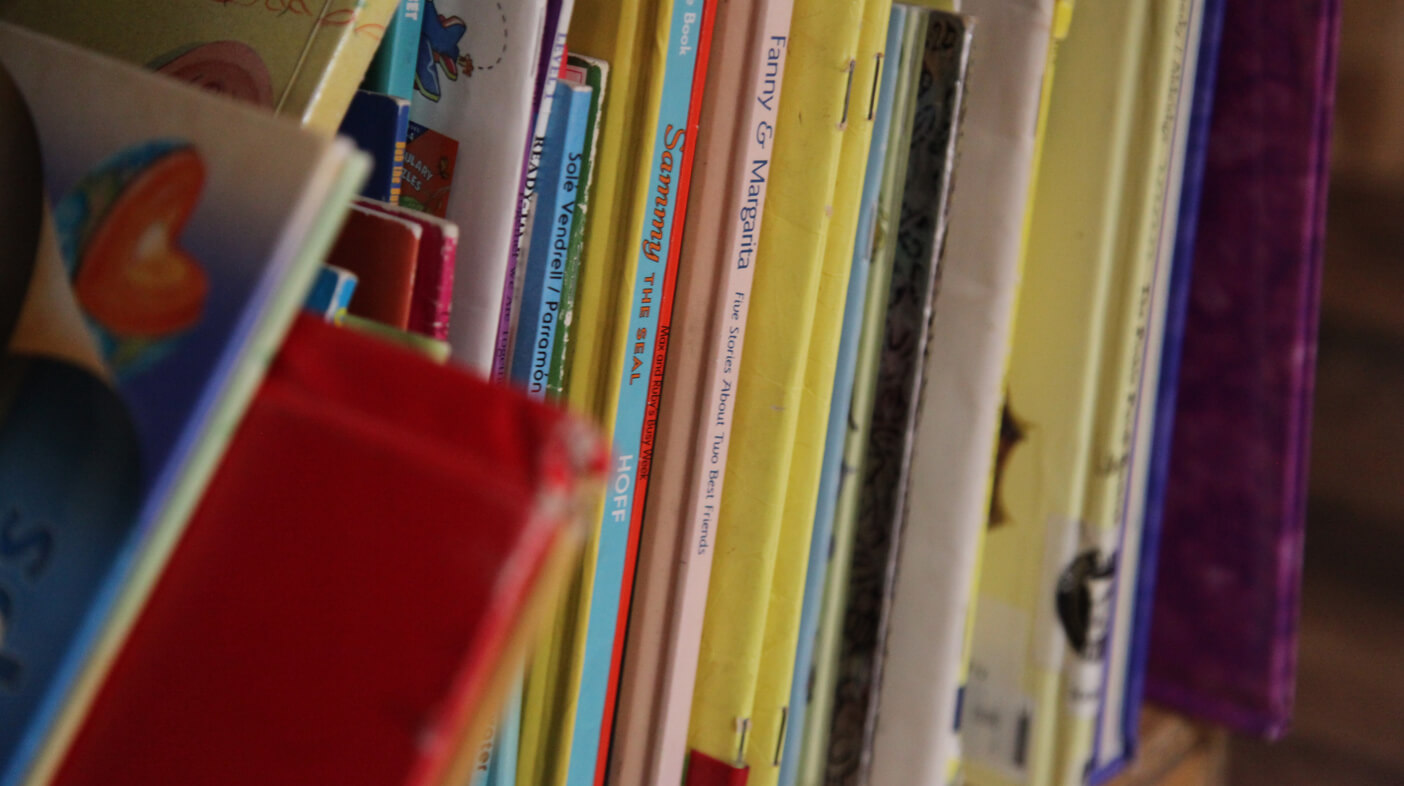 The Weight of Trauma

Across Missouri and Illinois, nearly one in four children have experienced an Adverse Childhood Experience (ACE), a potential trigger of developmental trauma. ACEs can include abuse, neglect, incarceration of a family member, substance abuse in the home or other events that create toxic stress.

That toxic stress can cause children to live in a near-constant state of fight or flight, with stress hormones like cortisol and adrenaline flowing. This means that a child may react intensely and uncontrollably to something that’s otherwise non-threatening, such as a loud noise or not understanding a teacher’s instructions.

“We see a lot of aggression, profanity, toileting issues, food issues and trying to run away,” Hanks said. “There can be attachment difficulties; that can look like either being too friendly with people or not able to connect with others.”

Because developmental trauma can damage the part of the brain that teaches kids to predict the consequences of their actions, they’re more prone to risky behaviors that can have devastating impacts later in life. This can include self-harm, alcohol and substance use, assaulting others, stealing, running away or unsafe sex. They’re more likely to experience mental illness and other chronic conditions, enter the juvenile justice system at a young age and become incarcerated as adults.

The key to breaking the cycle? Start young.

“If we intervene early in these periods of rapid brain development, we have a much greater opportunity to set theses children up for success,” Hanks said. “Otherwise, it is setting them up for a life of potential hardship.”

This was especially true for Shawn, whose signs of trauma could have easily been misdiagnosed in a typical preschool setting, Hanks said.

“His struggle was definitely more internalized,” she recalled. “When he first got here, he really didn’t know how to play with other kids. He was very withdrawn.”

Hanks, Blevens and the team at FamilyForward dug into Shawn’s past to understand his struggles.

“When you see a kid like this, people often think, ‘What is wrong with that child?’” Blevens said. “We’re trying to help people see, ‘What happened to that child, and how can we better support him?’ Seeing that really helps with the empathy and understanding of their unique circumstances.”

To help families like Shawn’s, FamilyForward became the first agency in the St. Louis region to become certified in the Neurosequential Model of Therapeutics (NMT) in 2015. This innovative process creates a functional brain map by showing specific regions that were harmed as a result of trauma.

Shawn’s team assessed his milestones, cognitive functions and family history. When they compared his NMT to a typically-functioning child’s, they began to understand how specific stressors in Shawn’s life had impacted his developing brain.

Shawn’s NMT also showed that his struggles connecting to others affected his ability to take in new information, which put him behind academically.

“You can’t expect a child to run a race if they’re just learning to crawl,” Hanks added. “Kindergarten readiness is a very cognitive thing. But for these kids, that can’t be the first priority because they’re not able to sit down and take in what’s going on around them.”

The team used Shawn’s NMT as a guide to create a plan for individual play therapy, to help his specific delays. Molly and Shawn received family play therapy to help him rebuild his trust and other relational skills. 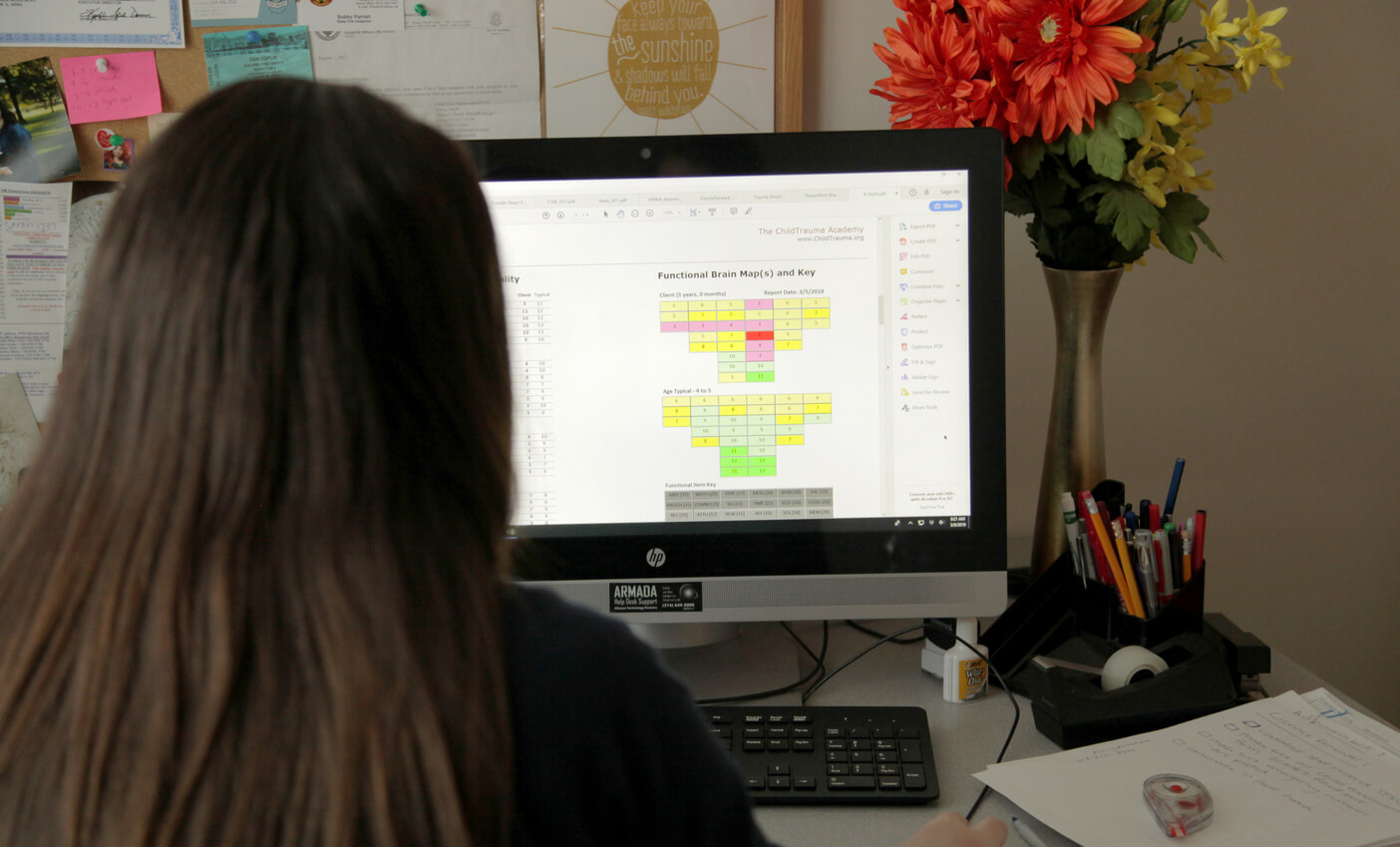 Shawn’s teachers also took the time to coach him through interactions with his classmates, boosting his confidence as he practiced communicating and regulating his emotions. For Shawn, these were also the first steps to helping him get back up to speed academically.

After a year and a half attending the Therapeutic Preschool, Shawn transitioned into a traditional preschool classroom. Now 5 years old, he can write his name, count to 30 and is on track to attend kindergarten this fall.

For Hanks, the final proof was seeing Shawn start to make friends and come out of his shell – and even start to cause a little trouble.

“That was actually really good to see that he was feeling confident,” she said. “It was nice to see that age-appropriate boundary-pushing coming along.”

“Shawn can be a doctor, scientist, lawyer, policeman or superhero,” Blevens said. “The most important thing is to know he is loved and supported in what he does. He needs to know he can be and do whatever he wants, and thanks to our interventions, we are confident he will.”

*Molly and Shawn are an example of the types of people helped at FamilyForward. 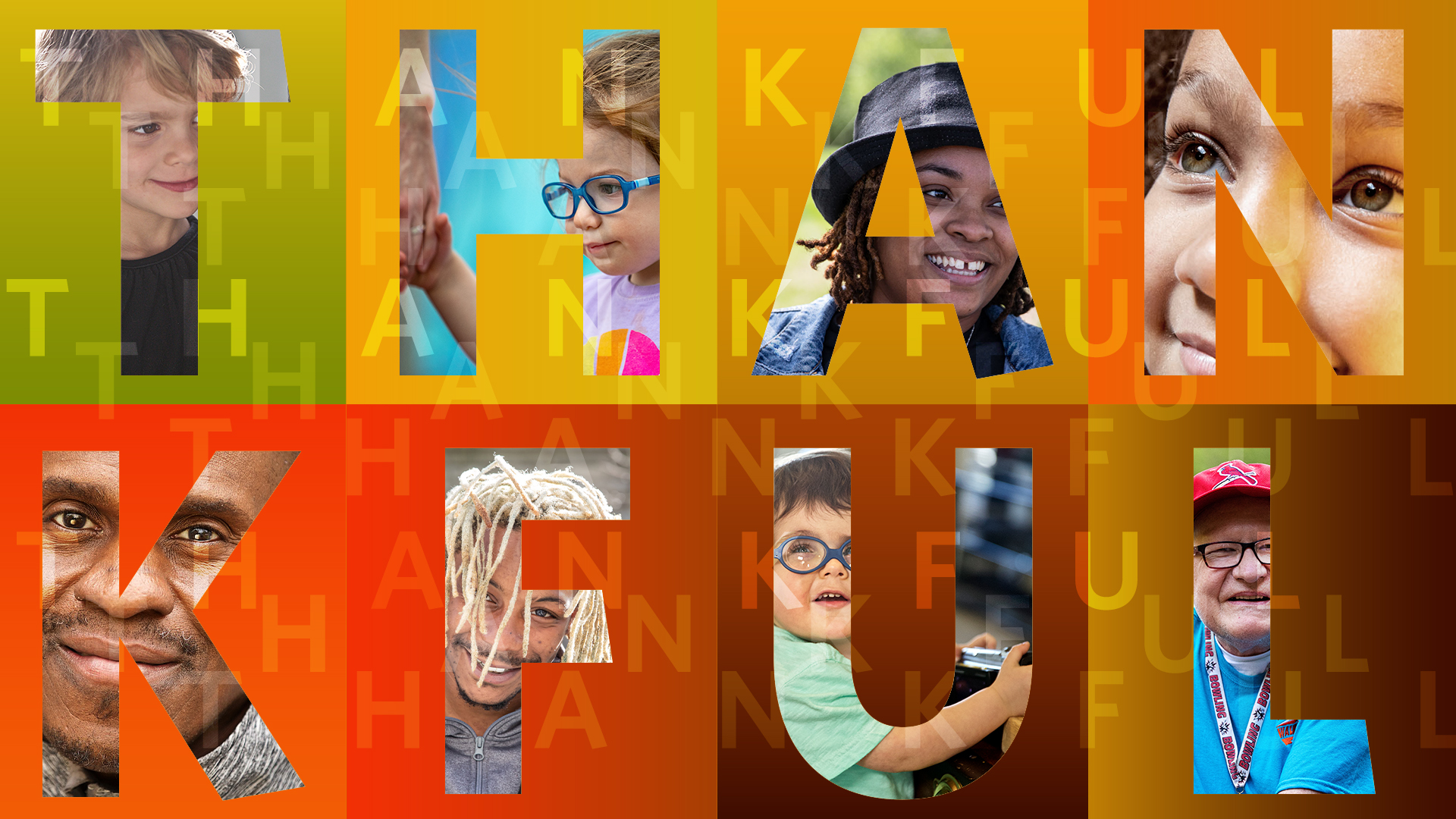