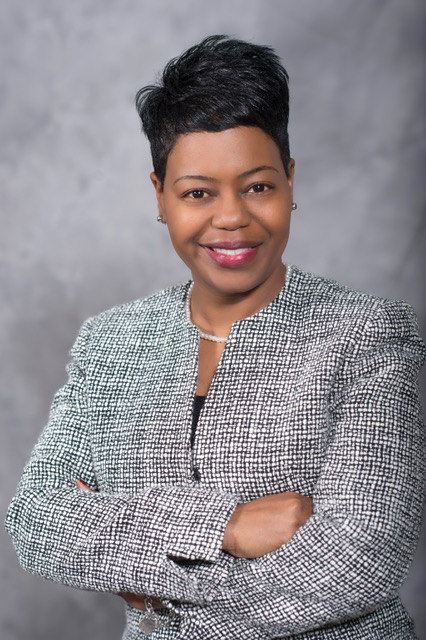 ST. LOUIS (January 30, 2019) — Rich McClure, chair of the board of directors for United Way of Greater St. Louis, announced today that Michelle Tucker has been selected as the organization’s next president and CEO, effective April 2.

The appointment was made through a unanimous decision by the Board of Directors. Tucker currently serves as president and CEO of Epworth Children and Family Services. She succeeds Orvin Kimbrough, who recently left to become CEO of Midwest BankCentre after 12 years of service to United Way with nearly six years as president and CEO.

“There was a tremendous amount of interest in this position, from both local and national candidates. Michelle’s experience as a senior corporate executive, her deep knowledge of the needs of our region as a corporate funder, and her experience as CEO of a large United Way agency make her exactly the right choice to be our CEO,” said McClure. “Michelle’s passion and vision for creating a better St. Louis region align seamlessly with United Way’s mission of helping people. We are confident in Michelle’s ability to lead United Way in serving our region as the organization leans into new strategic and transformative initiatives on the cusp of our centennial anniversary.”

Tucker joined Epworth in 2017 as the agency’s first female and African-American CEO in its 154-year history. There, she oversees a staff of nearly 200 employees and programming that serves more than 10,000 youth and families annually. Prior to Epworth, Tucker led a nearly 20-year career in banking, including her role as senior vice president at Bank of America where she was responsible for strategic oversight of the company’s multi-million-dollar local grant-making and community impact benefitting area nonprofits. She had significant national operating roles with the bank as well.

She has worked with many local community organizations and nonprofits in a variety of advisory and support roles, including serving on the University of Missouri St. Louis’s Lifelong Learning Advisory Council and as a committee member of the Greater St. Louis Financial Education Collaborative. Tucker currently serves as a member of the board of directors for Christian Hospital, Downtown STL, Inc., Missouri Coalition of Children’s Agencies and Nine Network Community Advisory, and she previously served on the boards of the Urban League of Metropolitan St. Louis, Boys & Girls Club of Greater St. Louis and FOCUS St. Louis, where she also was past vice president. She credits her extensive work with these organizations over the past decade as the catalyst for her move into nonprofit leadership.

“It’s a rare occasion when passion, purpose and profession come together in this way, and I am incredibly excited to step forward to continue driving increased impacts and outcomes for those in need,” said Tucker. “I believe transformational times require transformational actions and when United Way calls, you answer.”

“Michelle’s strong understanding of the issues facing our communities, experience as a funder and CEO, commitment to the region she grew up in and her familiarity with United Way as a key volunteer were important factors in the search committee’s final decision in naming her CEO,” said McClure.

“During her tenure, Michelle and the leadership team she assembled quickly improved impacts on our clients by elevating Epworth’s focus on quality programs, process efficiencies, organizational culture, talent recruitment and strategic collaborations,” said Bryan LeMoine, board chair of Epworth Children and Family Services. “We at Epworth congratulate Michelle, United Way, its member agencies and the St. Louis community, all of whom will benefit from Michelle’s leadership in the future.”

Originally from East St. Louis, Tucker holds a bachelor’s degree in English from Southern Illinois University Edwardsville and a master’s degree in business from Webster University.